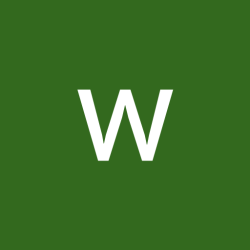 I know what you’re thinking: “Another motivation article?”

And I get it. I bet you’ve heard “set goals and memorize affirmations” hundreds of times. You’ve probably read thousands of motivational quotes, listened to hours of motivational videos, and read what feels like every book, blog, and article out there.

And if none of those made a lasting difference, why read one more? Simple: Because this is the one that’ll work.

Don’t get me wrong: There’s an important place for goals and affirmations. But those require conscious effort, and anything that requires conscious effort doesn’t tend to last.

What sets the most motivated entrepreneurs apart from the rest is that they’ve turned self-motivation into a habit. That’s why all those other tactics work for them; they no longer have to think about them.

And here’s the best part: What works for them, can work for you. But before we get there, let’s take a closer look at what it really means to be motivated in the first place.

The science of motivation: The locus of control

According to psychologists, the answer is simple: A person’s motivation (or lack thereof) is a result of their locus of control.

A locus (latin for “place” or “location”) of control is the degree to which someone believes they have control over their life.

Each of us habitually defaults to one of two loci of control: Internal or external.

Those with an internal locus of control believe they are in control of their fate and, if they want change, they have the power to create it.

For example, when the entrepreneur failed to raise money for his startup, he acknowledged that he didn’t deliver a compelling enough pitch to investors. He resolved to find an experienced mentor to guide him through the process next time.

Those with an external locus of control believe someone else is in control of their fate and, if they want change, someone else has to create it.

For example, when the entrepreneur failed to raise money for his startup, he blamed the investors for failing to see the potential in his product. He resolved to find “smarter,” more “visionary” investors in the future.

Changing your locus of control

Where’s your locus of control? Do you accept responsibility for your circumstances, or are you the victim of someone else’s actions?

If you struggle with motivation, you’ve probably been operating from an external locus. The most motivated people, on the other hand, use an internal locus; a genuine belief they have the power to create the results they desire.

Here’s the good news: It’s possible to change. If you want to be more motivated, you need a firmly-rooted internal locus of control. Once you’ve got that, the rest will come naturally.